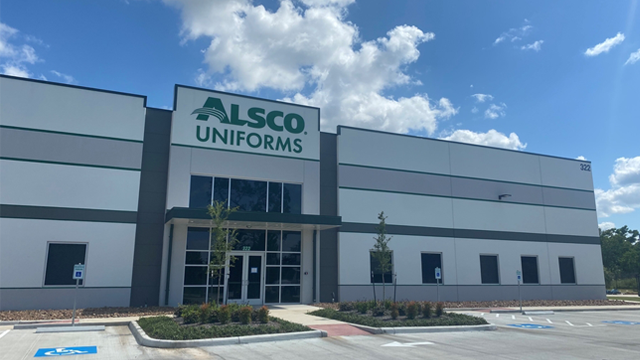 Alsco’s Houston South branch opened on June 12, 2021, amid lockdowns and economic distress. Despite these challenges, the Houston South team has exceeded expectations and has proudly built a reputation for quality service in the Houston area. The team celebrates its first year of success this June with a virtual plant tour open to all who are interested in a behind-the-scenes look at their operations.

The new larger plant footprint enables increased efficiency in tractor-trailer usage and transport systems, allowing the Alsco team to process up to 100,000 pounds of product per day with 100% accuracy. The resulting increased productivity means Alsco’s Houston South plant is poised to serve increasing demand in the Houston area for years to come.

“We started off just getting used to the new systems and new equipment, but within a couple of months, we were already growing, bringing in new business,” said Houston South General Manager Jerry Morales. “We’re currently processing nearly 400,000 pounds per week, and we should be able to take on 50,000 additional pounds per week by the end of 2023.”