TRSA supplier partner Penn Emblem Co. Inc., Trevose, PA, recently announced a promotion for Alejo Hiram Acosta Celaya to PM art/IJ supervisor. He began his career with Penn Emblem roughly 18 years ago as a PrePro artist and soon after moved into the Ink Jet department, according to a news release. 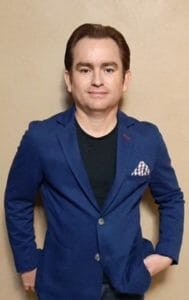 Recently, Celaya began working on an ongoing Penn Emblem project with Zazzle, keeping him in direct communication with other Penn offices in Mira Loma, CA, and Trevose. The release noted that, “This project requires diligence and patience, which Celaya embodies on top of his team-oriented, positive attitude. He is organized with supplies, ensuring nothing ever runs out causing production to stop, and he is consistently committed to getting the job done properly, safely and in a timely manner. Celaya is an exemplary worker and Penn Emblem is consistently thrilled to have him on our team. Thank you for all that you do, Alejo, nothing goes unnoticed.”