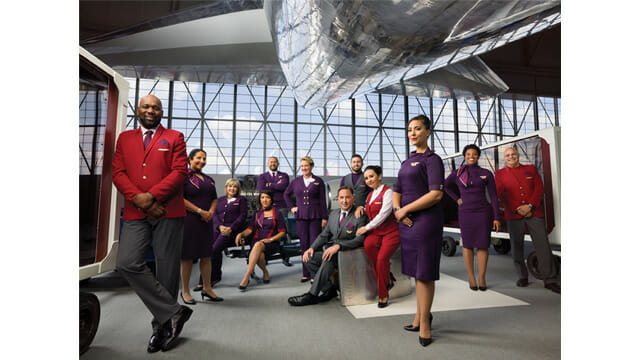 Cintas Corp., a company best known for its industrial uniform rental programs, is increasingly active in the hospitality-garment space – enough so that the Mason, OH-based company recently received four Image of the Year Awards® for its work in designing and producing workwear for hotel, casino and resort staff members, according to a news release. The Superior Group of Companies, Seminole, FL, also scored well at the NAUMD program, winning three awards.

The North American Association of Uniform Manufacturers and Distributors (NAUMD) recently announced the results of its yearly Image of the Year (IOY) awards during its Annual Convention in New Orleans.

Cintas received its awards in the following categories:

TRSA member ImageFIRST – Healthcare Laundry Specialists based in King of Prussia, PA, also won an IOY award from the NAUMD, along with Superior. ImageFIRST/Superior were recognized in the Healthcare category. Superior was a co-winner of two other NAUMD awards, including

The awards were presented on April 9, during the NAUMD’s Annual Convention at the Hyatt Regency, New Orleans. The awards program dates back to 1978 and is designed to recognize apparel programs and the organizations, manufacturers and distributors that create them. Winning this award shows that these organizations have mastered the concept of fashion and function, using the best image and brand-projection planning, the release said.

“Apparel designs have a significant impact on how a customer views a business, and can make a substantial difference in customer retention, which is why so many companies are investing in programs that enhance their brands,” said Steve Zalkin, NAUMD president. “The IOY awards recognize the businesses that have made employee appearance and guest satisfaction a priority to create a competitive edge in their markets.”

The top award winner in the IOY competition was Delta Airlines/Lands’ End Business Outfitters, which was named the winner of the NAUMD’s “Best of the Best” award. The award-winning look, which features purple and red garments for flight attendants and ground personnel, was created by designer Zac Posen and manufactured by Lands’ End with stretch fabric and stain resistance for ease of care and the comfort of airline staff members. Click here for details.