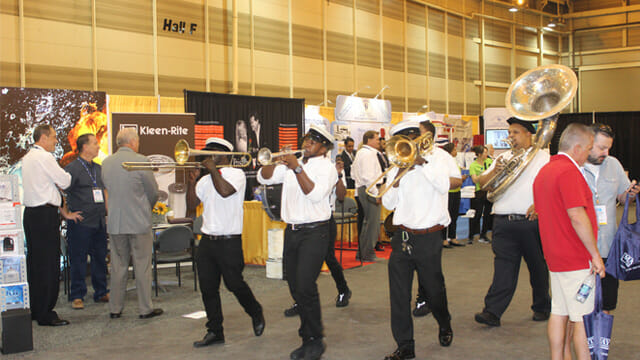 Clean Show 2019 came to a close on June 23 after four days of exhibitions, education and networking designed for professionals in the linen, uniform and facility services industry. Registrations for the 2019 edition of the show totaled 11,108, with 224,500 net square feet of trade show floor space, a sellout for the second consecutive show.

Ricci provided details of the process that took place between TRSA and the four associations that sponsor the show when selecting a new owner for the biennial event. The process began when John Riddle, owner of the Clean Show’s longtime management firm Riddle & Associates Inc., announced his retirement. “After carefully considering a number of possibilities, the five associations agreed that Messe Frankfurt was the best group to manage the show and provide value for each association,” Ricci said.

The deal is for 10 years, with each of the five sponsoring associations involved in the next five shows. Upcoming shows include: