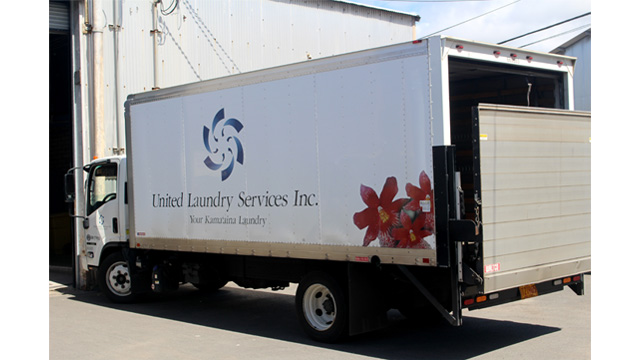 Two TRSA member linen and uniform service operators and two associates (industry suppliers) are winners of the 2020 TRSA Above and Beyond Service Awards. This accolade acknowledges both rare efforts outside the normal course of business, such as addressing a customer emergency or pressing need. More often, such acts are part of the normal course, but are especially responsive, empathetic or pleasantly surprising to customers, setting a higher standard for others to follow.

Alsco’s willingness to partner with a fledgling entrepreneur breaking into garment manufacturing prompted a customer to nominate Alsco for this honor. The partnership stands to benefit women in skilled trades worldwide, given Alsco’s international footprint. The customer, Seaspan Shipyards, Victoria, B.C., had received negative feedback from female employees about “unisex” coveralls and sought an alternative specifically designed for women. Such requests went unfulfilled until a Seaspan executive saw a CBC-TV feature on a junior engineer in environmental consulting who had started a business focused on developing women’s workwear. She designed a coverall specifically for Seaspan, leading to Alsco’s agreement for three-time-per-week service of these garments to the shipyard.

In August 2018 when Hawaii was faced with back-to-back hurricanes, United Laundry Services of Honolulu continued to operate and serve its customers. Recognizing that hotels were filled with guests during a busy period, and hospitals were full with patients, employees continued working to provide uninterrupted service. As public and private transportation was suspended, the company provided stipends to employees who offered rides to bring in associates for three days. Meals were brought in for employees as all neighboring businesses were closed. Following this unprecedented effort, four hotels were so appreciative that the general managers of the properties brought in their chefs, who provided a special “Thank You” meal to the 600+ employees at United Laundry.

Working 80 to 100 hours per week, onsite for two shifts a day for six to seven days, for the better part of a year, Gerard O’Neill of American Laundry Systems (Derry, N.H.) completed in October 2019 the Cleveland (Ohio) Clinic central laundry upgrade. His 18-month involvement began by auditing the facility, then redesigning it and acting as project manager and primary laundry consultant. He ensured all equipment vendors and local union general contractors and subcontractors cooperated with each other as well as with the laundry management team. Major upgrades included electrical capacity, backup generator, new pits and trenches, and new larger piping infrastructure, all accomplished without missing a delivery to Cleveland Clinic locations.

The Above and Beyond Service Award is part of the TRSA Leadership Award series, to be presented March 25 at the 10th Annual TRSA Legislative Conference in Washington, D.C. Other accolades to be awarded there will honor members for outstanding community service, diversity recognition, plant operations, sustainability and workplace safety. For more about the TRSA 10th Annual Legislative Conference, visit www.trsa.org/legcon.