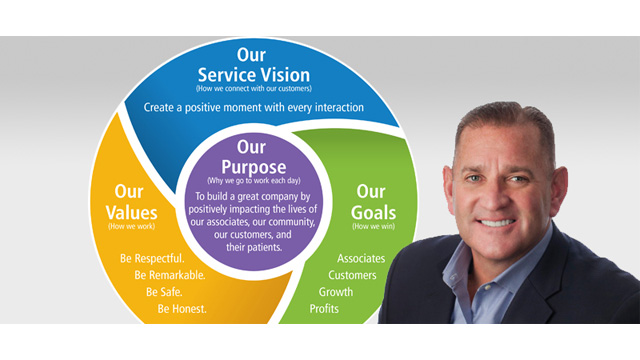 Jim Cashman recently was promoted to president and CEO of ImageFIRST, King of Prussia, PA. Cashman replaces founder/CEO Jeff Berstein, who is moving to the role of vice chairman. Berstein also will continue as an active member of the ImageFIRST Board of Directors, according to a news release.

Cashman will assume the president and CEO role immediately, running the business on a day-to-day basis. “I am honored and appreciative of the CEO opportunity,” Cashman said. “Jeff has built an amazing organization that is well equipped and positioned for continued success. In my 15 months with the company, I have developed a deep appreciation for what makes ImageFIRST so remarkable. ImageFIRST‘s success has always been rooted in our operating principles and execution strategy, both of which I only hope to build upon.”

Berstein said that, “I have devoted much of my adult life helping build this great business, and the company is now incredibly well-positioned for the future. I am truly grateful for everything the ImageFIRST team has done to help get to where we are today and I’m looking forward to watching Jim and the business continue to grow and thrive.”

Cashman joined ImageFIRST in early 2019 as president. Over the past 15 months, his leadership was instrumental in driving both organic and acquisitive growth, service excellence and operational progress.

Cashman has 30 years of successful leadership experience in the textile rental and industrial services sectors. He spent the majority of his early career with ARAMARK Uniform Services, advancing through a number of leadership roles, ultimately becoming the senior vice president of the East Region. Cashman also has held senior positions with ServiceMaster, Steritech, and most recently COO of United Site Services.