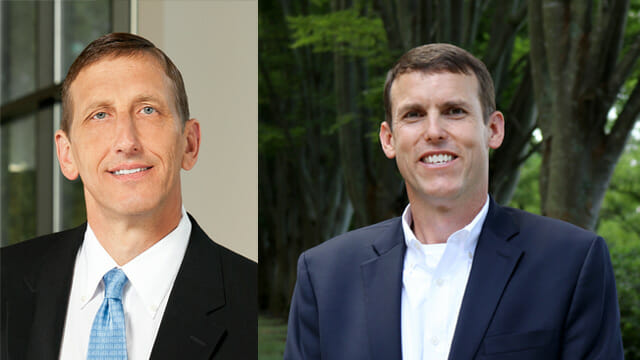 “Jeff’s deep multidisciplinary knowledge spans manufacturing and general management and makes him exceptionally suited to pioneer this strategic and important role at Milliken,” said Halsey Cook, president and CEO of Milliken & Co. “I look forward to his leadership in working closely with all Milliken divisions to achieve our sustainability goals for 2025.”

Price said that, “Milliken’s legacy of environmental stewardship has always inspired me. I’m honored to be tasked with further growing sustainability and operational excellence, among other important functions, to broaden the positive impact of our company around the world.”

McAllister joined Milliken’s Chemical division in 2001, where he supported many initiatives including international business growth. He went on to hold finance and strategy positions in corporate development and the company’s airbag business. In 2010, McAllister joined Milliken’s Performance & Protective Textiles division as CFO where his leadership resulted in continued division diversification and growth.

“Chad is a strong and proven business leader,” Cook said. “His career accomplishments have uniquely prepared him to lead Milliken’s largest and most diversified division into the future.”