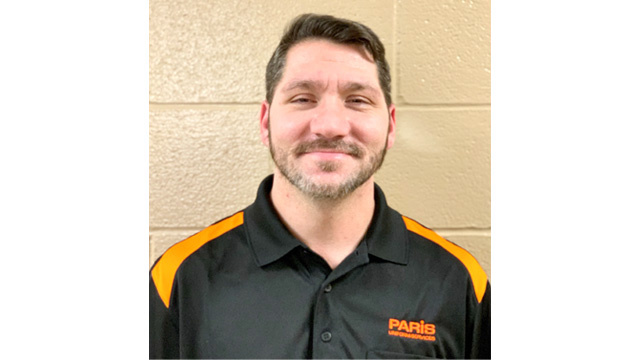 Paris Uniform Services, DuBois, PA, recently announced the promotion of John Baer from route service representative (RSR) to district manager. In his new role, Baer will supervise a number of RSRs, as well as develop and implement account management strategies in his assigned territory, according to a news release.

Baer joined the Paris staff in 2009 as an RSR after serving in a similar capacity for five years at a competitive firm. He earned Paris’s Driver of the Year Award in 2018 and 2019.