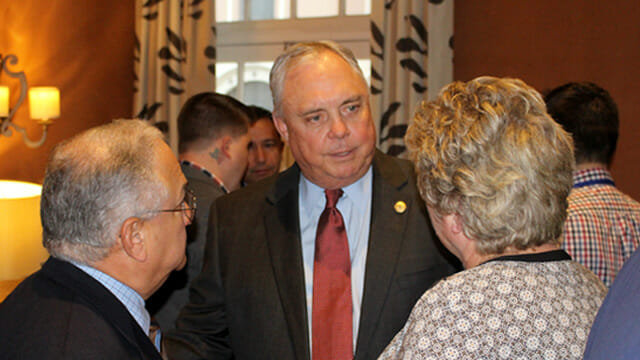 Texas state Rep. Drew Darby (R) introduced Texas HB 1089 on Jan. 25. The bill, if passed, will redefine “retail trade” to include the linen, uniform and facility services industry in the Texas tax code and will cut the retail sales tax for the industry significantly from 0.75% to 0.35%.

This is the same effort TRSA made in the state in 2017, when HB 2250 passed out of the Ways and Means Committee unanimously. At that time, the bill was scheduled for a vote on the House floor but ultimately was never brought up for consideration.

“We are excited to make this effort again in the current legislative session in Texas and thank Mr. Darby for agreeing to carry the legislation once again,” said Joseph Ricci, president and CEO of TRSA. “The bill number 1089 is relatively low considering there will be more than 4,000 bills introduced during this legislative session. The momentum from the last effort, along with continued outreach to legislators, has put us in a good position to get this passed.”

Texas HB 1089 is the second piece of legislation that TRSA has been able to get introduced in a state legislative body to aid the linen, uniform and facility services industry. “When TRSA gets involved with legislative initiatives, our win record is very high,” Ricci said. “Being able to play offense to help the linen, uniform and facility services industry has saved the industry tens of thousands of dollars.” The other recently introduced bill is SB 99 in the Indiana General Assembly. That measure would update a 2015 law that would allow employers to deduct the cost of uniform rental from a worker’s paycheck, with the employee’s approval. Click here for details.

To support the Texas legislation, TRSA is in the process of planning a Texas Legislative Conference to highlight the legislation and the need to get it enacted into law. Contact Kevin Schwalb, TRSA’s vice president of government relations, at kschwalb@trsa.org with any questions.