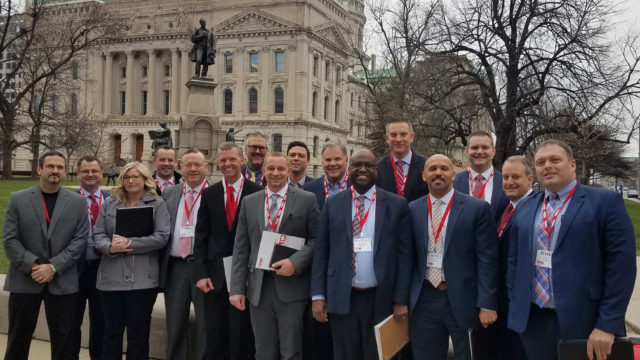 TRSA recently succeeded in getting legislative language – which TRSA members developed – added to Indiana H.B. 1065 as an amendment to clarify the Indiana Tax Code. This language would protect linen, uniform and facility services companies from having their rental textiles subject to property taxes, thus saving operators roughly $30,000-$40,000 per plant annually.

Historically, the linen, uniform and facility services industry hasn’t paid property taxes on the products it rents to customers, as they’ve been considered part of a supply inventory. However, recent audits by state officials have created the potential for a change in this policy that would allow supply inventory rented to customers to be taxed as personal property. This change would have an adverse impact on linen and facility services companies that rent their products to area businesses, thus significantly increasing the industry’s tax rate.

The amendment will codify/clarify a longstanding interpretation of the tax law related to the definition of inventory.

TRSA members in Indiana went to the Indiana State Capitol on Feb. 11 during TRSA’s Indiana Legislative Conference to push the initiative, which obviously paid off. “TRSA can supply the resources to have an impact on legislation, but it takes local action to get things across the finish line, which is evident in this preliminary vote,” said Kevin Schwalb, TRSA’s vice president of government relations. “We are far from done, but this is a great first step.”

Next up for the initiative will be a vote by the full Indiana State Senate. If approved, the Tax Code amendment will move over to the Indiana State House for action. Stay tuned. …