The TRSA Supplier Partner Lifetime Achievement Award is named for the late Rudolph A. “Rudy” Maglin, the chemical supplier who received the first such accolade in 2000; and James Biggie, the Coyne Textile Services executive who joined The Penn Companies. Rudy completed his career with Dober Group, predecessor of Spindle.

Questions can be directed to awards@trsa.org.

A nominee should have served the Association and Industry without regard to the improvement of the Associate Member’s own company in ways such as (but not limited to):

TRSA Operator and Supplier Partner members may nominate individuals they feel are deserving of the Maglin/Biggie TRSA Lifetime Achievement Award. Applications, in the form of a nomination, must include a detailed description of the nominee’s contributions to the industry and be submitted through the official nomination form. Self nominations are not accepted.

Nominations for the 2023 Maglin/Biggie TRSA Lifetime Achievement Award are due May 12, 2023.

Once the nomination period has closed, the TRSA Supplier Partner Executive Committee will review all nominations and select one or more individual to receive the Maglin/Biggie TRSA Lifetime Achievement Award based on the provided criteria. 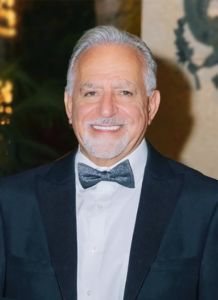