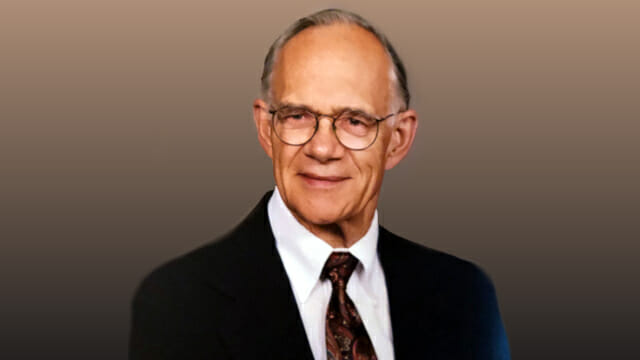 Dudley’s son Brad operates Servall today in Rapid City, SD. Doug Dudley’s nephew Bob operates Appeara, an industrial laundry in Norfolk. All three men have been active in TRSA. Doug and Brad previously served on the TRSA Board of Directors. Doug served from 1991-’93, while Brad served from 2004-’06. Robert began a term as a board member in October.

Darrel Douglas Dudley joined the family business of Dudley Laundry Co. and Servall Towel & Linen in 1951, after completing a degree in engineering at the University of Nebraska.

In addition to his work with TRSA, Dudley was active in an array of local business and social organizations, including the Rotary Club, Chamber of Commerce, Norfolk Building and Loan, the Norfolk Country Club and the University Club. He also was a longtime active member of the First Congregational United Church of Christ in Norfolk, where he served on numerous boards.

Doug enjoyed golf, travel and helping young people get an education or develop a new business.