Diversity and inclusion techniques for your company to help understand and appreciate each person’s differences and abilities.

What Is Diversity & Inclusion? 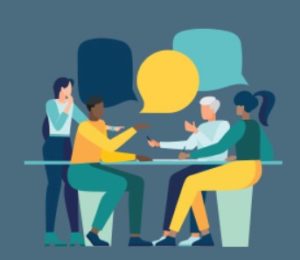 Diversity in the workplace is critical to a company, as each individual brings a different set of experiences, skills, and abilities to the table. The work environment should reflect the world and society in which we operate. While there are infinite categories that make people diverse from one another, most people subconsciously define it as social differences such as gender, race, and sexual orientation.

Inclusion goes hand-in-hand with diversity because in order to create a healthy work environment, each person, regardless of social differences, must be treated equally, fairly and have the same opportunities to succeed and thrive as their co-workers to contribute to the success of the company.

In summary, diversity refers to the traits and characteristics that make people unique while inclusion refers to the behaviors and social norms that ensure people feel welcome and supported.

Click here for resources such as links and PDFs to help you build or enhance your DEI program. 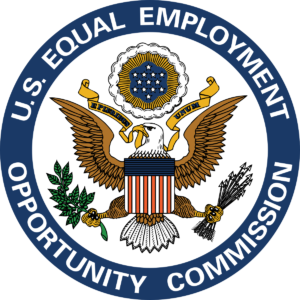 Companies must provide equal employment opportunities to all employees and applicants for employment and the law prohibits discrimination and harassment of any type with regard to race, color, religion, age, sex, national origin, disability status, genetics, protected veteran status, sexual orientation, gender identity or expression, or any other characteristic protected by federal, state or local laws.

This policy applies to all terms and conditions of employment, including recruiting, hiring, placement, promotion, termination, layoff, recall, transfer, leaves of absence, compensation and training.

Diversity and inclusion techniques for your company to help understand and appreciate each person’s differences and abilities.

This recommended DE&I reading list has something for every professional in the industry, from individuals who represent the company outside the walls of corporate operations to those largely responsible only for communicating within them.

Encircle is a non-profit organization with the mission to bring the family and community together to enable our LGBTQ+ youth to thrive. They offer drop-in hours, daily programs, friendship circles, and therapy.

U.S. Department of Health and Human Services is dedicated to improving the health of racial and ethnic minority populations through the development of health policies and programs that will help eliminate health disparities.

For a better understanding of Diversity and Inclusion

Inclusion Starts with I 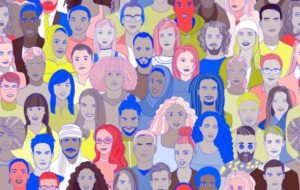 In order to cultivate a diverse and inclusive work culture, it is important to understand the different identity groups that face discrimination most frequently.

Age: Age discrimination involves treating an applicant or employee less favorably because of his or her age.

Equal Pay/Compensation: The Equal Pay Act requires that men and women in the same workplace be given equal pay for equal work.

Harassment: Harassment is a form of employment discrimination that violates Title VII of the Civil Rights Act of 1964, the Age Discrimination in Employment Act of 1967, (ADEA), and the Americans with Disabilities Act of 1990, (ADA). Harassment is unwelcome conduct that is based on race, color, religion, sex (including pregnancy), national origin, age (40 or older), disability or genetic information.

National Origin: National origin discrimination involves treating people (applicants or employees) unfavorably because they are from a particular country or part of the world, because of ethnicity or accent, or because they appear to be of a certain ethnic background (even if they are not).

Pregnancy: Pregnancy discrimination involves treating a woman (an applicant or employee) unfavorably because of pregnancy, childbirth, or a medical condition related to pregnancy or childbirth.

Race/Color: Race discrimination involves treating someone (an applicant or employee) unfavorably because he/she is of a certain race or because of personal characteristics associated with race (such as hair texture, skin color, or certain facial features). Color discrimination involves treating someone unfavorably because of skin color complexion.

Religion: Religious discrimination involves treating a person (an applicant or employee) unfavorably because of his or her religious beliefs.

Retaliation: The EEO laws prohibit punishing job applicants or employees for asserting their rights to be free from employment discrimination including harassment.

Sexual Harassment: It is unlawful to harass a person (an applicant or employee) because of that person’s sex. Harassment can include “sexual harassment” or unwelcome sexual advances, requests for sexual favors and other verbal or physical harassment of a sexual nature. Harassment does not have to be of a sexual nature, however, and can include offensive remarks about a person’s sex. For example, it is illegal to harass a woman by making offensive comments about women in general.